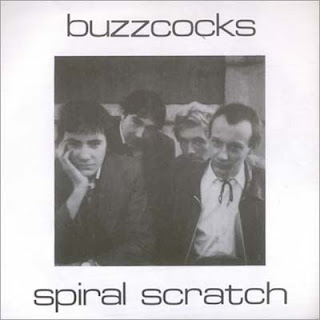 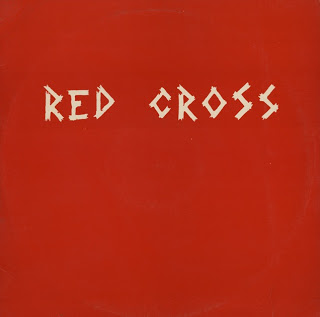 Ahh, the extended play. Or to some, the Mini-LP. But for me, I like to refer to it as the EP. I love the EP. It's usually too short and always leaves the listener wanting more. Well, at least this guy. But seriously, how many of you out there remember buying any of these records I have listed below? I sure do! And, I could tell you where I bought each and every one of them too. But we'll just omit that fun fact this time around.
Most of these records were my first purchases of these bands. With the exception of The Buzzcocks and The Replacements. I heard The Buzzcocks on a local college radio station, then shortly thereafter bought their "Singles Going Steady". I was instantly hooked and wanted to buy every fucking record I could find of theirs, immediately. And I just about did! (Note: I am still missing a few of their early singles) Once when I was in town (Boston, Ma.) I found a reissue of "Spiral Scratch" (1977). I already knew they ruled and couldn't pass it up. I certainly wasn't going to wait to find an original, and if I did, I probably wouldn't of paid what would have been a lot of money to me back then for it. Not sure what an original goes for these days, but I kinda wished I did score one back then. This EP rules.

I had seen this around and knew it had to be good. Pretty much everything on Posh Boy Records rocked. Finally, after passing it up a few times, I bought it and returned home only to be absolutely floored! I played this record over and over and over again and again and again. I couldn't get enough of it. Still to this day, it's by far my favorite record of theirs. 6 and a half minutes with 7 pure teenage punk rock anthems. Total classic California punk. This one kids, is ESSENTIAL! 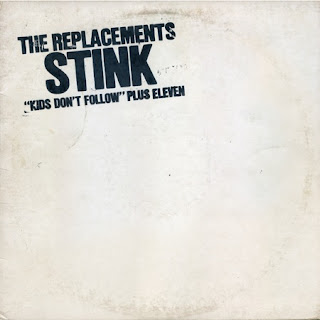 I heard these guys through my step brothers buddy, Jim. He loaned him "Sorry Ma...". I thought it was the greatest rock & roll record I ever heard. Not long after hearing it, I went out and got "Stink" only because it was the only record by The Replacements I could find at the time. We didn't have many 'cool' record shops near where I lived, so to find this at Good Vibrations in Taunton, Ma. was a score! I spoke with the dude behind the counter there and he was shocked that some little kid was buying this and actually knew about the band. Not long after that, I sorta got to know the guy. Now I was ordering 'cool' punk records (which were considered Imports back then) from that record shop. I placed my order for "Sorry Ma..." and "Let It Be" next. It wasn't until a year ago, when I finally completed my Replacements discography and snagged a copy of "Boink!" dirt cheap on eBay. Still one of my all time favorite bands, ever. 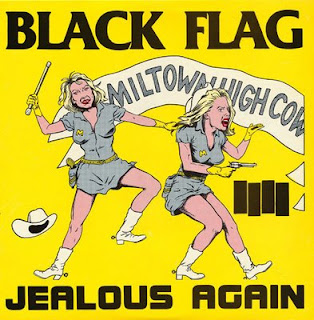 I heard this band on WERS and saw "The Decline of Western Civilization" and had the soundtrack to the latter on tape. Next, I needed to find any and all of these guys records and this was the first I found, along with "Everything Went Black". I bought both of them the same day. Wow, look at that! A mail order form for records inside and more from SST! Suddenly I was having my mother filling out checks and sending in my order to SST Records. Now I was in business. Records getting delivered to my door by mailorder! I can't count how many times I sent an envelope off to SST and eagerly awaited my records! I loved this band and played the shit out of all their records and still do. 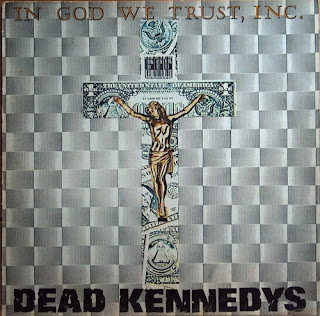 Now this was something! Another killer find at Good Vibrations. Holy shit! These guys were fast! It didn't take long to get their records as they had their first two full lengths, "Fresh Fruits For Rotting Vegetables" & "Plastic Surgery Disasters" there. So, after getting home and listening to this, I called and asked if they would hold the two other records behind the counter for me. I had to mow more lawns and get some cash fast and get back over there to get those records! And that's just what I did. About a year later they came out with "Frankenchrist". 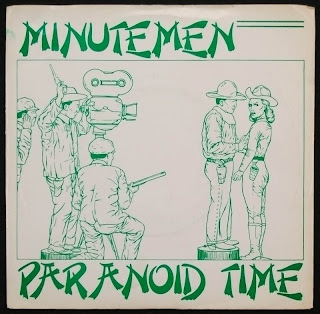 At first I was like what the fuck is this? And then I was like holy fucking shit! Who the fuck are these guys? Obviously very talented musicians. I first heard them on "The Blasting Concept" compilation LP put out by SST Records. So I snagged this fucker up and never looked back. Another one I sent away for through SST Records. I remember combing the racks at Check It Out Records in Brockton, Ma. and found "The Punch Line" and "The Politics of Time" LP's both for $5.99. They had this tape too, "My First Bells" which I passed on and have only seen a couple other copies on the shelves throughout the years. Should've bought that one, but I was hooked on vinyl! 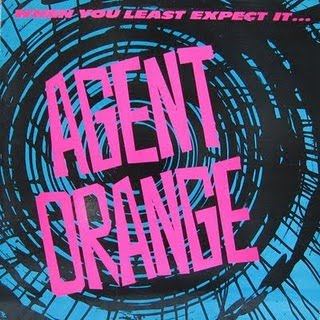 Another favorite. Also first heard on the radio, which was "Bloodstains". (I still need that 45!!) I thought, wow, these guys are great! This was not as good as their debut, "Living In Darkness", but a great first for me. I had a chance to see them once years ago and passed it up. This and the following record are the only two I do not still own. This one somehow never got returned to me after being loaned out. And I've never come across a decent copy to add back to my collection, In time...probably "When I Least Expect It"! Ha! 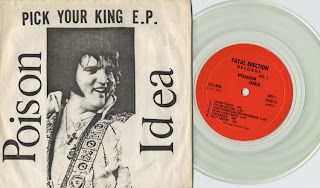 Arguably one of thee best hardcore records of all time. Yes, as stated above I no longer own a copy, and most likely never will unless I get one from someone that has absolutely no idea what it is worth. My gut turns every time I think about how I sold this years ago on eBay to get through a rough time in my life. It did keep me well fed for a month and helped pay some serious overdue bill I had. Next.... 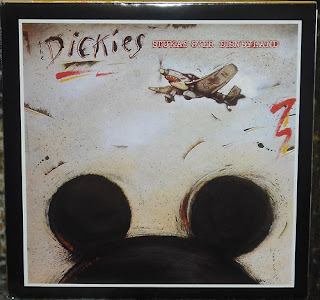 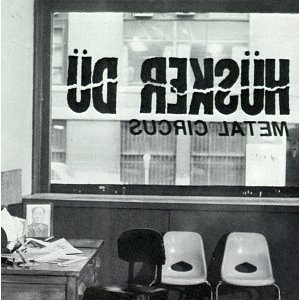 Dollar bin find! Another one I loaned out and never saw again. I did recently get a decent copy on eBay for cheap, so I'm back in business. Always loved The Dickies and this was the first record I bought of theirs. Some say it's a LP, I say an EP. I got "Dawn of The Dickies" next then "Incredible Shrinking Dickies" third. So yeah, I bought their three first 12" records backwards. Should've started with the latter....At any rate, still a great record and every time I hear their cover of "Communication Breakdown" I lose my shit. Classic.

Another band I heard first on local college radio and of course "The Blasting Concept". Still love this band and most of their output. Some of their later records were really good, but got ruined (IMO) to poor production. This, however still sounds as good as the day it was released. Just listen to the opening track, "Real World" still gets me every time. This record should be heard by all!

Well, thanks for reading. I hope you enjoyed this piece.
Later...